FROM THE (VIRTUAL) BOARDROOM

The board of trustees, with one apology for absence, had its monthly meeting on Saturday 27 March. We used the K&ESR’s Zoom facility.
The e-Newsletter provides an opportunity to give a brief flavour of some of the most important points. It should not in any sense be regarded as a formal record.
We noted and endorsed the General Manager’s reopening plan, and progress with the Railway’s restructuring. We noted that the latter was now very nearly complete and that it would be finalised in time for the beginning of the season in May. We also agreed a set of Values and Behaviours for the K&ESR and noted that this would be published in the coming days.
We noted our current financial situation and the various fundraising initiatives in progress. We considered a proposal that we register with the official Fundraising Regulator; this would give us additional credibility. 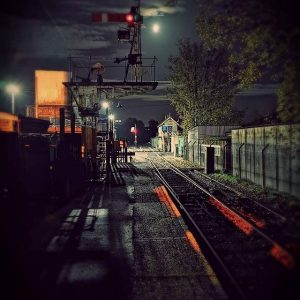 We noted progress towards the completion of the review of the Safety Management System and supporting documentation. The latter was taking longer than we would have liked; this was due to the work arising from the C&W shed incident which would feed into it.
We noted with thanks that several individuals had obtained Heritage Railway Association qualifications in competency assessment, at their own expense.
We noted a report from the Risk and Compliance Committee, and we agreed the content of a high-level safety audit plan for the remainder of 2021.
We reviewed progress towards delivering the five-year strategy and noted that this would be published and presented online to volunteers on 8 April as part of the “Second Thursday” series.

In respect of the kitchen car project, we noted progress and the need to manage cash flow going forward. We agreed the need to conduct a “lessons learned” exercise to inform our future approach to the management of such projects; we had obtained valuable experience.

We noted that “Bodiam/Poplar” was now back on its wheels in Norfolk, and we discussed the possibility of a major Terrier 150 event to be held in 2022.
The IT project remained on track and would be complete by May.
We noted that a Certificate of Lawfulness application for Field 51 at Rolvenden would be submitted within a few weeks; the drawings were currently being updated.
We noted a report from the new Project Assessment Committee which was already proving its usefulness in improving the allocation of money and ensuring that potential projects were properly thought through. 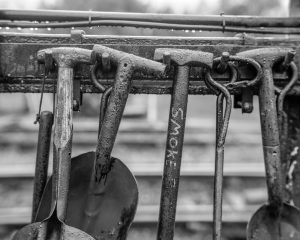 We noted that there would shortly be a meeting between the Volunteering Committee and the General Manager and team, the intention being to decide how the essential work of recruiting and retaining volunteers would be shared.

The next scheduled meeting would be on Saturday 24 April. It should soon be possible to resume normal face-to-face meetings!